The Cleveland Cavaliers are my hometown NBA team, and they need help. They have a pretty damn good point guard in Kyrie Irving it’s the trade deadline and they need some more talent, namely at small forward and center. Enter Will and I, heroes of the hardwoo… you know, I can’t even say that with a straight face. Anyway, Will and I pitch in to try and save the Cavs season. Even with some performance-enhancing stat boosts during character creation, this could turn real ugly, real fast. 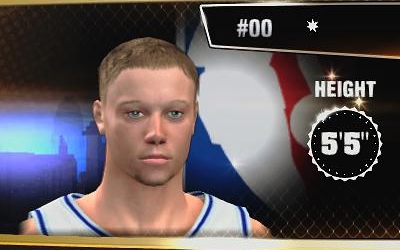 Will, standing a statuesque (assuming the statue is an Oscar) 5’5”, addresses the Cavs problems at the 3 spot. Well, it is called the “small” forward, isn’t it? Speaking of small for their position… 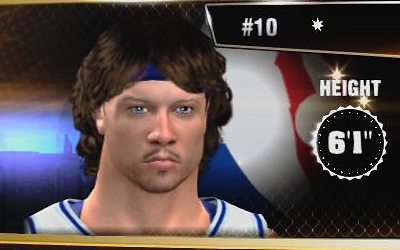 … we have Rick, a 6’1” center. Slower than molasses going uphill in January, Rick likes to bring the ball up court. Very slowly. This should be interesting, to say the least. Now, let’s get to our commentators tonight, Bud and Floata* on the Chaos is Gaming Sports Network. 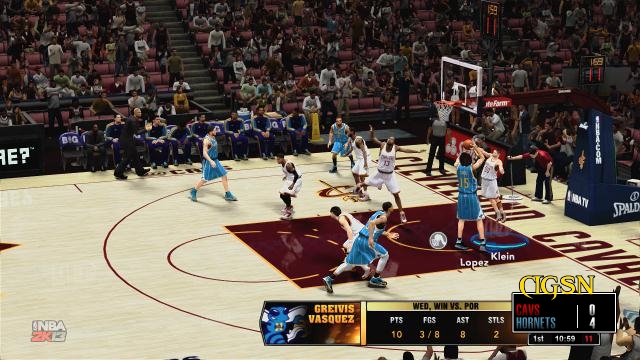 Bud: “Thank you. It’s early in the first quarter,  and Will has blocked the shot of Robin Lopez. There’s only a 19 inch gap in their height, so this makes perfect sense.”
Floata “Look at the tiny little Will beat a big ass person in the only sport he shouldn’t play.” 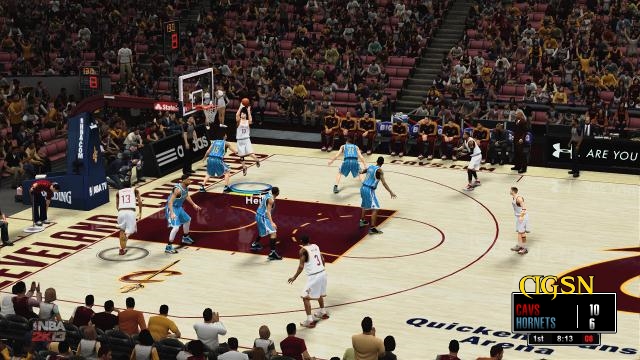 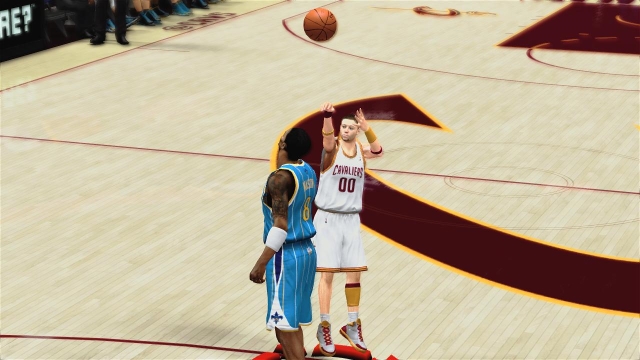 Bud: “Will shoots from downtown! This was one of the only times he didn’t get his shot blocked on the perimeter. He even made the three!”
Floata: “Holy shit…. wow.” 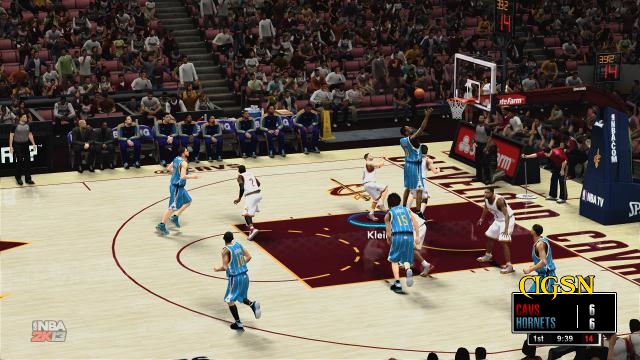 Bud: “Will watches Al-Farouq Aminu glide to the hole, while he puzzles how to pronounce his name. All for-yuk ameany? That’s not right…”
Floata: “I can’t even spell that. It’s sorta like a lost sea turtle that died. It makes no sense.”
Bud: “… Ok. Zipping to the end, the Cavs lost. Let’s go see their next game, in Orlando vs. the Magic.” 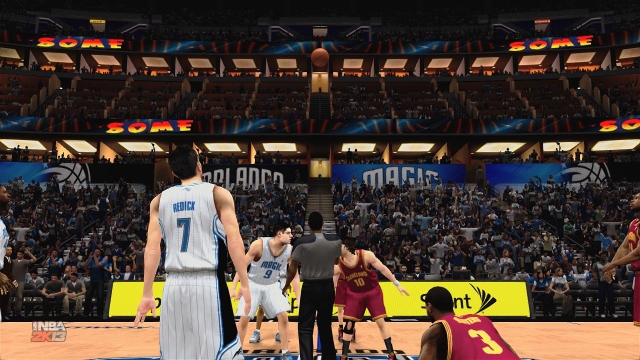 Bud: “It’s time for the tip-off! Rick really wants to win the tip-off. Of course, people in Hell want ice water.”
Floata: “Well if we win i will make a personal delivery to Hell for you
Bud: “Sorry, folks. No ice water. then”
Floata: “Bud, we can still give them a picture of ice” 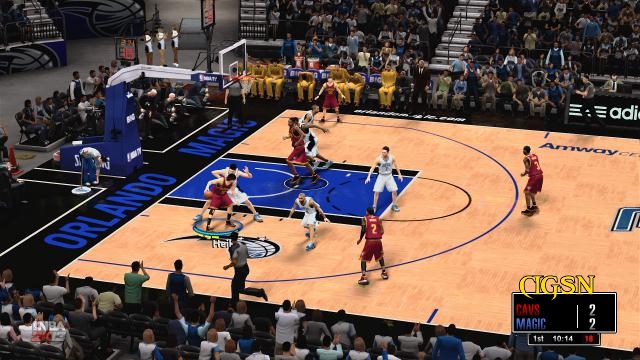 Bud: “Rick posts up Nikola Vucevic, and eventually turns around and scores on him. Rick, we don’t even know you anymore.”
Floata: “Another name I don’t understand. You better make that shot, Bud”
Bud: “Another sea turtle, huh?”
Floata “Sure, they’re a shell of a pair” 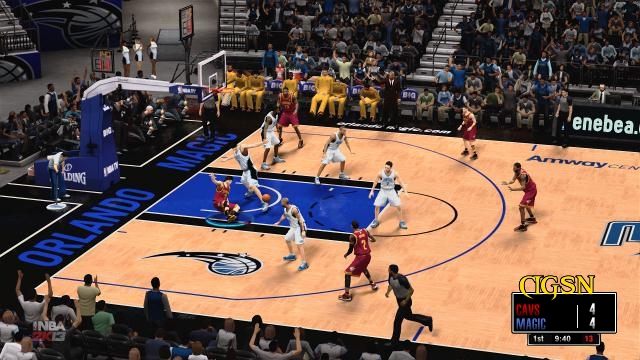 Bud: “This time Vucevic pulls the chair out from under Rick on another post-up, causing him to fall on his ass. Nice.”
Floata: “I’m going to kill the evil one, Giant Mutant Creepy Turtle, number 2.”
Bud: “I think killing’s a technical foul, but I’m not certain. Might be a flagrant 1.”
Bud: “The Cavs lost again, but we learned something tonight: Rick and Will don’t belong in the NBA.”
Floata: “Thats a fact. see ya next time”
Bud: “Thanks for reading, and good night everyone.”

*Yes, we’re commenting on our own game using our Minecraft pseudonyms. So what?

Powered by WordPress and WordPress Theme created with Artisteer.